An honorary doctorate (Dr.-Ing. E.h.) from the Faculty of Engineering was awarded to Professor Fujimoto on Monday, 22 January 2018.

Professor Fujimoto gained his Bachelor’s, Master’s and doctoral degrees from the Department of Electrical Engineering and Computer Science, EECS, at MIT in 1979, 1981 and 1984 respectively. Since 1985, Professor Fujimoto has been teaching at MIT and is currently the Elihu Thomson Professor of Electrical Engineering and Computer Science and an Adjunct Professor of Ophthalmology at the Tufts University School of Medicine. 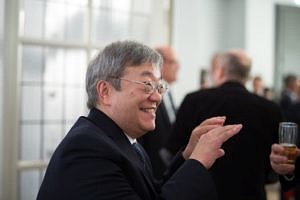 Prof. Fujimoto is currently the Elihu Thomson Professor of Electrical Engineering and Computer Science at MIT and an Adjunct Professor of Ophthalmology at the Tufts University School of Medicine. (Image: FAU/Erich Malter)

Professor Fujimoto has published more than 400 articles in journals, is the publisher or author of nine books and holds numerous patents for his various inventions. He is a fellow of the National Academy of Engineering, the National Academy of Science and the American Association for the Advancement of Science. In 1999 he was awarded the Discover Magazine Award for technological innovation, in 2001 the Rank Prize in optoelectronics, in 2011 the Zeiss Research Award and in 2010 the Champalimaud Vision Award. 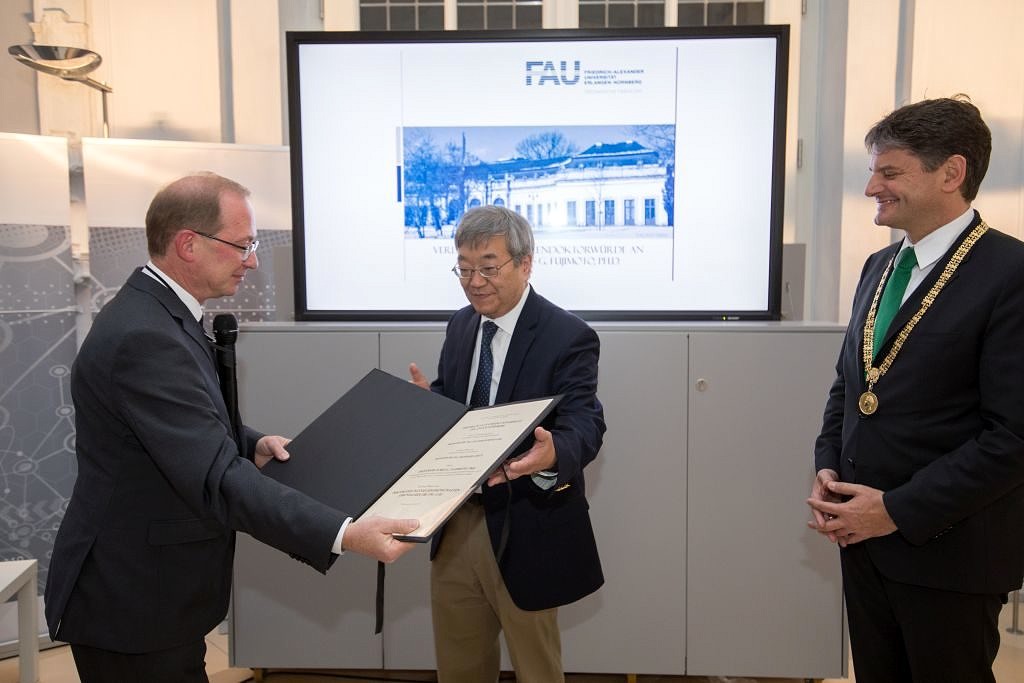 The new holder of the honorary doctorate from the Faculty of Engineering has close ties to FAU and has contributed to more than 30 joint publications with FAU authors. Since 2010 he has been in very close contact with the Pattern Recognition Lab at FAU, where he has acted as a co-supervisor for three doctoral candidates. Their joint research has led to basic principles for compensating movement in OCT imaging and OCT angiography. Professor Fujimoto actively cultivates his relationship to FAU, and comes to Erlangen at least once a year to promote joint research.